It has been a longstanding tradition that decommissioned military aircraft are placed as Gate Guardians at significant sites. Gate Guardians are usually aircraft that once served with that unit or with a squadron now affiliated to that unit.

Every morning, the RAF and NATS Air Traffic Controllers based within the NATS Swanwick Control centre have been greeted by the proud presence of 45-year-old Hawker Siddley Harrier GR3 XW917. The aircraft serves as a reminder of the joint and integrated concept underpinning UK air traffic operations.

On 16th April 2016 XW917 was removed from post and carefully stripped down and repainted by Jet Art Aviation, specialists in aviation restoration projects.

Now proudly back in place as Gate Guardian at RAF(U) Swanwick, XW917 will continue to serve for a great many years to come.

The Swanwick Harrier XW917 arrived in May 2012, shortly after the closure of its former home RAF Cottesmore. The aircraft has had an interesting history. It was originally built as the second GR1A model fitted with the more powerful Pegasus 10/Mk 102 engine and first flew at Dunsfold in June 1971. It travelled to IV(AC) Squadron at Wildenrath in Germany in August 1971 before being transferred to 3(F) Squadron in May 1972, where it remained until its retirement. A PDF of XW917’s technical log is available here. 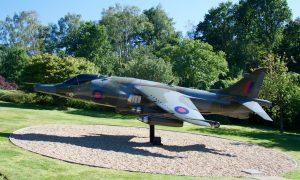 On selection for preservation, the XW917 became the Gate Guardian for RAF Gutersloh in May 1988 until its closure in 1991. The aircraft then moved to RAF Cottesmore in August 1999 before finding its home at Swanwick. The Harrier has 3(F) Squadron markings on its port side and IV(AC) Squadron markings on its starboard side, a continued reminder of the squadrons in which it proudly served.

RAF(U) Swanwick Executive Officer, Squadron Leader Greg Panther, has been responsible for arranging the removal and restoration of the Harrier. He said: “I have taken great pleasure in ensuring that the Swanwick Gate Guardian is restored to its former glory.  A project fraught with obstacles and difficulties over the past 8 months, it is great to see the fruits of a real team effort finally realised.  My thanks go to NATS, EMCOR, JARTS, DCAE (Gosport), 1710 NAS, Jet Art Aviation and RAF Heritage who have all played some part in the project.”

For more information on RAF(U) Swanwick and to view more pictures of the Harrier and the restoration process, please see their website:

The Distress and Diversion (D&D) Cell is the emergency centre of RAF(U) Swanwick near Southampton. The D&D Area Of Responsibility covers the entire UK out to the FIR boundary and they operate 24 hours a day, 365 days a year.

The D&D provide a safe and accurate service to aircrew when in an emergency situation, irrespective of status, aircraft complexity or pilot qualification and they are equipped with extensive radar coverage, communications and specialist facilities.

Please read the Get Into Flying Distress and Diversion Cell: A practical guide to Practice Pan and Training Fix article for more information and video footage (with ATC) of these calls being made.

Get into Flying would like to thank RAF(U) Swanwick and NATS for allowing access and quotation from their press release regarding XW917. Photo credits are to Squadron Leader Greg Panther.

Please visit the NATS website and learn more of the fantastic services that they provide. 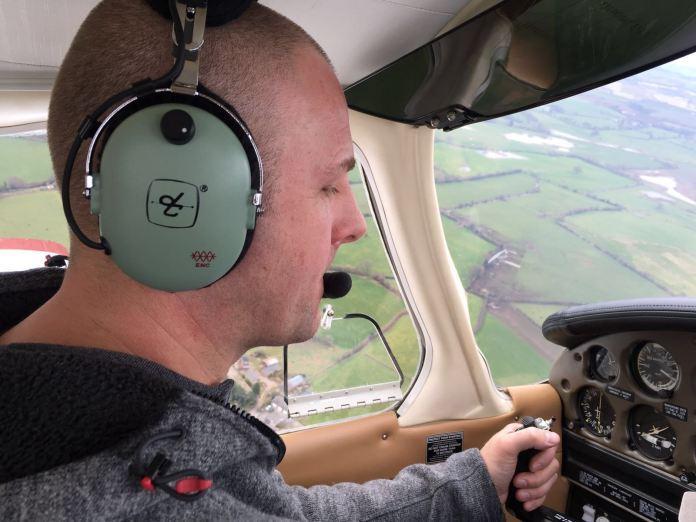 Andy
Andy’s dream of learning to fly after he’d retired came early when he gained his PPL(A) in early 2014. Flying from City Airport Manchester (Barton), he visits as many airports, aerodromes, airfields and farm strips as he can, filming many of his expeditions. He is keen to support and promote General Aviation.

General Aviation – A network of support

With so many organisations offering support to the GA community, we have provided an introduction to the support available. Further research within these main organisations is further recommended!
Blog

The London Flight Sim. Versatile, realistic, and totally immersive. Make sure you book your visit soon.
Tips and Guides

Distress and Diversion Cell: A Practical Guide to Practice Pan and Training Fix

A Practical Guide to communicating to the Distress and Diversion cell, featuring video of Practice Pan and Training Fix requests.