Looking back in angst, how far has GA come since 2014?

We wrote the article below back in the summer of 2014, when the CAA announced a consultation on the future of General Aviation – so have our dreams come true? We’ve added our contemporary thoughts.

A while back we gave our thoughts about the CAA’s consultation on future GA policy in the UK.  Now that we’ve had a chance to fully digest the material, and it’s potential, here are our top 5 hopes for what the new policy will mean for UK general aviation.

1. Safe IMC qualification that is cost effective for private aviators

As part of the current deregulation, the CAA is undertaking a trial with the help of the LAA to investigate allowing Permit to Fly aircraft to operate in IMC. If this is successful it will equip many private aviators with the means to use their aircraft as a practical and reliable means of transport. Allied with news that the IMC rating is to be extended to 2019, this opens up the possibility of a practical and economically viable light aircraft commuting option.

The CAA announced that as of 2 Dec 2016, IMC and night flying could be authorised in Permit to Fly aircraft that are assessed as being suitable for the environment. Alongside this came the Instrument Rating (Restricted), a UK-only qualification that explicitly recognised the flight safety challenges presented by the predictably unpredictable weather. While this might seem like a small change in regulations, there has undoubtedly been a great deal of effort poured into this project by both the LAA and the CAA. We got our number one wish!

2. Relaxation of the regulations on introductory flights and non-commercial operations

We are very much hoping that the new policy will result in an easier regulatory environment for those offering once-off flights. This will have an impact not only on those offering flights to introduce newcomers to light aviation, but also make it easier for display pilots to earn a crust without commercial flying training that would be both expensive and irrelevant to their role. The result? An easier time for those passing on the flying bug, and a flourishing display flying community better able to inspire a new generation.

The intention to allow operators to charge for ad hoc flights on non-commercially certified aircraft, and even Permit to Fly types, is something that seems to be implicit in the new policy. This will have tremendous benefits for both Warbird operators, their fan-base and media organisations that may wish to publicise them. This will allow the public to get closer than ever before to the UK’s rich aviation heritage. A fringe benefit may be the ability to lease PtoF types on an ad-hoc basis, enabling many exciting varieties of aircraft to be flown without the financial and organisational overheads of buying/building or owning a share. This could generate an entirely new market in the GA sector.

A mixed blessing, these two. While the relaxation of the regulations has resulted in some operators being able to attract people towards taking ‘experiential’ flights, this still tends to be the preserve of Approved Training Organisations. While some Warbird operators, such as the Boultbee Flight Academy, have led the way in enabling many to experience flying in a warbird legally and safely (albeit at predictable cost!) this has been followed by several other conversions of perfectly serviceable single-seat aircraft into two-seaters in an attempt to make the aircraft pay. Sadly, it hasn’t done anything to release the stranglehold of a few warbird pilots, and as they get ever older there still seems to be no way for others to enter the historic flying game without buying your own warbird. You can pay to go solo in a Spitfire, but you’ll get laughed out of Duxford if you take a drive up the M11 thereafter with the intention of flying any of their machines. So while the new regulation has brought warbird experiences to many more, it hasn’t done anything to improve overall experience levels. This means that when the current crop inevitably come to the end of their flying days and hang up their goggles (provided that they recognise that flying complex machines is getting beyond them before it does) there won’t be anybody behind them with the hours and ‘experience’ that the insurance companies have come to rely on as a benchmark. We can stand by to see a great deal of Britain’s aviation heritage make its way into museums or across the Atlantic. But, in the words of one British warbird pilot “it won’t matter by then, because I’ll be dead”. 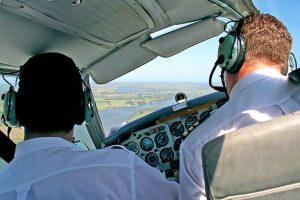 While relaxation of regulation should result in lower administration fees and a less complicated path for those new to light aviation (benefits in and of themselves), a real coup would be to allow leisure flight instruction away from the crippling administrative overhead necessitated by the requirement for all training to be conducted at an Approved Training Organisation. As unlikely as is it for the CAA to be willing, or even able, to allow this under EASA, this would result in a much more accessible flying training environment for those not interested in boarding the commercial training bandwagon. In addition, it would allow grass-roots aviation instruction (the source of much wisdom and airmanship knowledge) to flourish again in an environment away from the sterile sausage factories of the likes of CTC.

While we haven’t seen a return to the ‘good ol’ days’ of Registered Training Facilities, the CAA seems to have put considerable effort into making it easier to register as an Approved Training Organisation. While this hasn’t really made it any harder to find somewhere to train in the UK, it hasn’t made it any easier either, and if we had our time again, we’d have wished for flying training to be exempt from VAT, just like every other training and education provision in the country. That said, the government is again consulting on General Aviation strategy, so we can but hope…

5. Reinvigoration of the flying community and commitment to actively promote aviation as an exciting and active sport

Finally, the result of the deregulation of GA should enable people to experience aviation as an exciting sport. A major tenet in the draft policy is the ability for individuals to decide the level of risk that they are exposing themselves to, provided that they do not endanger others. This will hopefully encourage the development of more aviation sports, which will not only provide public interest in flying, but encourage people to pursue a pilot’s qualification not just as an end in and of itself, but as a means of embarking upon exciting and fulfilling adventures through which enriching life experiences can be gained. A renaissance of competition flying would provide an excellent opportunity for better and more frequent engagement with the media, allowing those passionate about aviation to communicate the unique excitement, achievement and challenges that aviation can offer. A renewed invigoration for these qualities would help to replace the stale, jaded and cash-seeking mindset prevalent in the current GA community with true passion for a dynamic sport with a bright future. The foundation of a new generation of pilots who are enthusiastic about their sport will ensure the continuation of the UK’s world-leading aviation experience and make GA a much nicer place to be for all of us who still get as we leave the earth.

While we haven’t seen much in the way of increased public awareness of General Aviation (save for the markedly negative kind in the wake of the Shoreham tragedy), there have been some flashes of brilliance. In particular, Aviation Skills Partnership have seemingly single-handedly rallied all manner of support from grass-roots to policy-makers and national leaders to produce a multi-million pound Aviation Academy in Norwich and confirmed plans to build several others. On the sporting front, the Junior Gliding movement have taken up the challenge with alacrity. It’s probably no exaggeration to say that they have helped save British gliding. Kudos also goes to the British Gliding Association for recognising that young people are the only ones that are going to have success engaging with other young people, and letting the ‘bairns’ off the leash, online.

So, to answer what seems to be the question at the heart of the CAA’s draft policy; “What will engender a dynamic and vibrant aviation environment in the UK?”

To make General Aviation a viable means of travelling for business and utility, and to make leisure aviation more exciting, accessible and affordable.

Hopefully the future will be a dynamic aviation sector with prospects of interesting, varied jobs professionally; and excitement, competition and achievement as a sport. 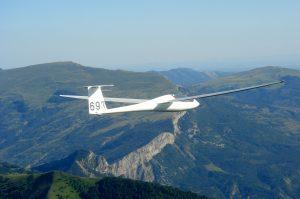 The verdict in 2017 then… did we do it? The answer is… not yet. A lot of effort has gone in, and the CAA, LAA, BGA and others deserve high praise for recognising that action needed to be taken, albeit just in time. There is now an all-party parliamentary group on General Aviation, and who’d have predicted that in 2014? However, much more still has to be done. It’s one thing to get a group of people together with good intentions, it’s quite another to generate results. GA airfields are still seen more as a nuisance by the public than as the critical infrastructure that they are. It’s not enough for us to aim for public ambivalence; we must engage and educate those with no interest in flying about what GA does for them. Airfields are still seen as a potential magic bullet to cure the housing crisis by short-sighted local ‘leadership’, although several examples this year have shown that councils such as Stratford-on-Avon District Council can be won over, as demonstrated by their robust support for Wellesbourne Mountford. Among other things that still need to be addressed is the public perception of aviation jobs, the ridiculous lack of diversity among pilots and the crippling costs of what is a fairly straightforward learning process to qualify. So what is the answer? We’ll have some thoughts on that coming soon! 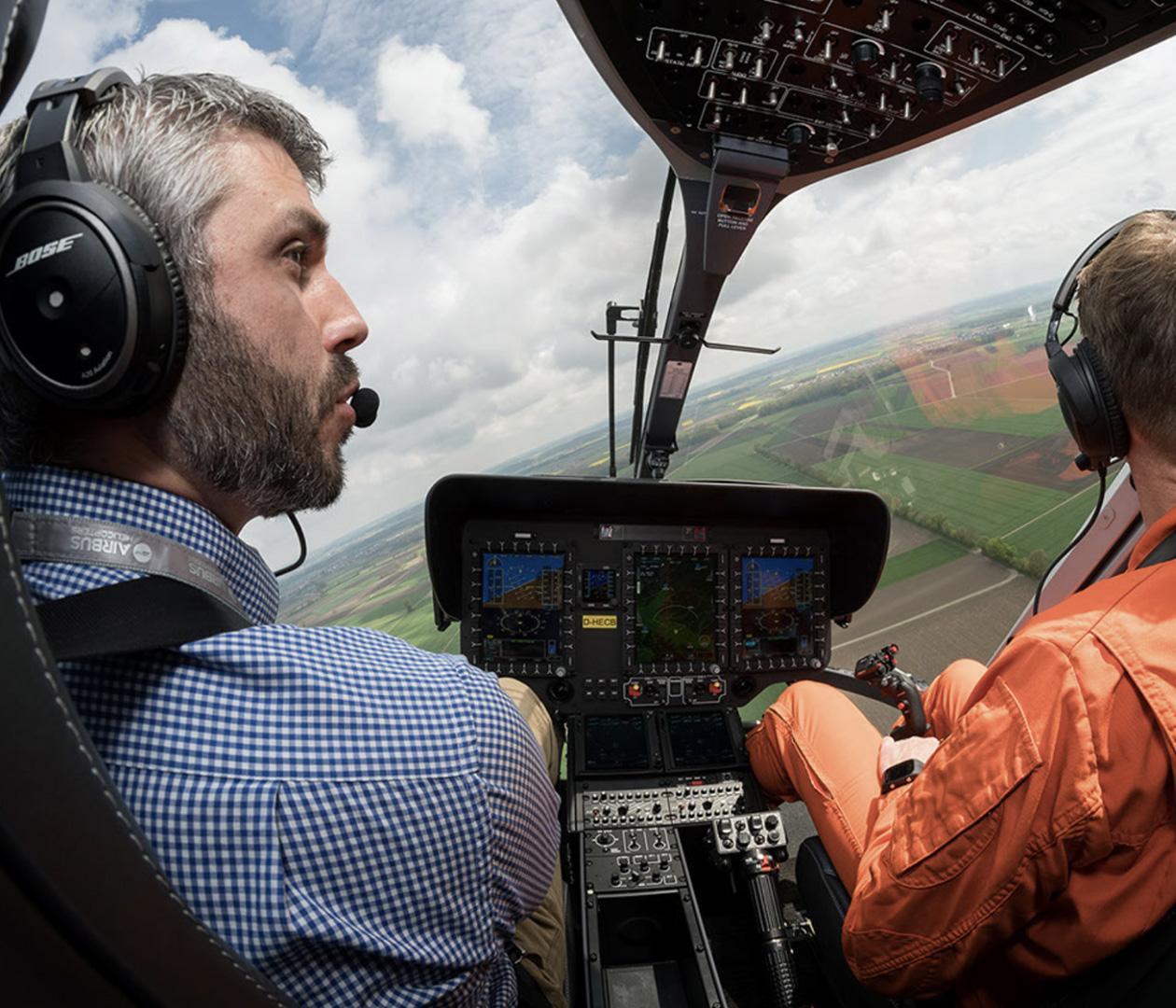