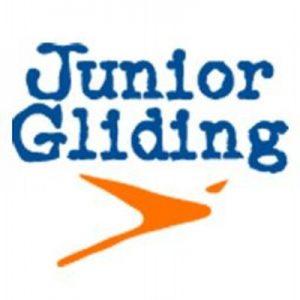 The aviation industry is waking up to the fact that it is in need of a next generation, in all areas from the airlines and engineering, to General Aviation and sport. In the UK, the Junior Gliding movement is a thriving part of providing that future, and has seen many successes over the last few years trying to encourage more young people into gliding and aviation, as well as also promoting gliding as a CV enhancer for any career, aviation or not.

In 2012 a team of glider pilots compromising of ex and current juniors, in partnership with the BGA, saw the opportunity to reverse the trend of reducing number of young people in the sport. They reached out to junior pilots and young people through events and social media, to promote the sport as accessible to all young people from first-timers to competition-level pilots. The movement became known as Junior Gliding, and it refers solely to the age of the participants, the machines they fly are unquestionably ‘grown-up’.

Junior Gliding events are held throughout the year – the biggest being the Junior Nationals, held in August – a competition of fifty pilots of ages 16-26 who come along from clubs across the country, to spend nine days flying set cross country routes as fast as possible against each other to find a national champions. Pilots need to have an FAI Silver C badge in order to compete, which guarantees they are competent to complete the kind of tasks that they can expect in the competition.

The Junior Nationals are often oversubscribed, and always hard fought. But it’s plenty of fun! The event is lucky to have the support of various sponsors who not only help keep the costs down for those competing, but also provide an opportunity for less experienced pilots to gain the skills and qualifications they require to fly in future competitions. Most of the time the weather allows some fantastic racing, but even on bad weather days there’s plenty of fun to be had, from go-karting to evening social events, forging lasting friendships.

But the Junior Nationals is only an annual event, and early on it became obvious that more events were required throughout the year to keep the movement thriving. The Winter Series was the answer, and since 2012 there have been three events per year throughout the winter getting people together to experience different sites, many with hills or mountains nearby. This means the pilots get to experience different flying conditions, as well as continue the social scene that has helped make the movement so successful.

These big events are only part of the success story of Junior Gliding, however. As they became more successful, the Juniors needed to find a means to feed their own ranks and sustain the movement. The answer has been Junior Gliding Centres, these are established gliding clubs that aim to provide cheap and enjoyable flying in a structured environment to inspire and encourage young people to join the sport, continue through the gliding syllabus from solo onwards, and progress towards competitions and instructing. The centres are supported by regional mentors who aim to be a port of call linking individuals and clubs to the national Junior Gliding movement.

Junior Gliding also promotes various scholarships, which provide support at all levels, from gaining solo qualification all the way to instructor ratings, helping to make gliding accessible to all regardless of background. You can fly solo in gliders as young as 14, be ready to fly your first competition and even instruct at 16!

To get involved with Junior Gliding a good first step is to get linked up with their social media pages on Facebook and Twitter. All the latest events and scholarship information appears on here regularly, and you can get in contact with the team via the page. They also have a fantastic website that provides information from the cost of learning to fly gliders, to finding university clubs (or perhaps setting up your own), to finding your local Junior Gliding centre to start learning to fly!

Getting involved with Junior Gliding has been some of the most fun I’ve had, and as a result has produced many long friendships and flying experiences that I wouldn’t have had otherwise. Junior Gliding has been made successful as a result of the hard work of many individuals, especially those who have aged-out of being a junior, but who work on giving back to the sport that gave them so much.

So what’s the best way to see what Junior Gliding has to offer? The best way there is to see anything – from the air! I’ll see you up there. 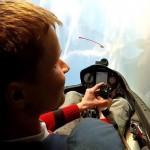 Aerobatics Aerobatics like in powered flight are an established and growing part of gliding. Nearly all gliders are certified for aerobatic flight of some description...
Blog