In my last blog, I explained how easy and cost effective it is to start to learn to fly to solo and beyond. But let’s now take a look at where learning to glide can really take you once you’re getting qualified.

Aerobatics like in powered flight are an established and growing part of gliding. Nearly all gliders are certified for aerobatic flight of some description and many pilots do enjoy carrying out simple manoeuvres like a loop having completed any necessary training as aerobatics are an excellent means of improving handling skills and developing pilot confidence. 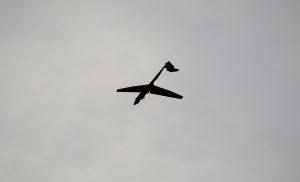 For the more serious aerobatic pilots there are gliders that have been specifically designed to carry out aerobatics such as the S1 Swift and two seat training gliders such as the MDM Fox often seen at airshows with the GliderFX team.


Many glider pilots go on to gain an aerobatics badge, a British Gliding Association/British Aerobatic Association award that recognises increasingly skilled levels of achievement from standard through to unlimited, from mastering the perfect loop to flying inverted!

Gliding aerobatic competitions take place nationally and internationally throughout the year and are divided into classes depending on the skill of the pilot. The youngest pilot to represent the UK in a World Gliding Aerobatic Championship was just aged 15! No matter if you’re young or more senior in years, aerobatics does not discriminate. It is all about flying skill, airmanship…and having fun!

Gliding isn’t just about drifting around the local countryside, throughout the summer on good gliding days pilots fly anything from 50km to up to 1000km all over the British Countryside racing at speeds sometimes over 100kph average! 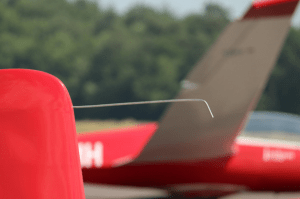 Cross country soaring is possible because of the powerful energy released when sunshine warms the ground faster than the nearby air. In the hands of a skilled pilot, a modern glider can climb from one to five thousand feet in six minutes and then glide more than 40 miles. By hopping from thermal to thermal these long flights are achieved with ease with flights to the Isle of Wight, Snowdon, Lake District and many other beautiful areas routinely possible.

What happens if you run out of lift?

Simple! you visit a farmer’s field and wait for your friends to pick you up with the trailer the glider can be taken apart and put into, Lasting friendships are forged by such memorable flights + trips and no one is ever left behind.

Just like Aerobatics there are many competitions held nationally racing around officially set routes or ‘tasks’ to see who can get around and home the fastest. There is even set events for Junior Pilots with the UK Junior Nationals often full to capacity with the 50 top young pilots as young as 16 racing each other around the country for that covered 1st prize.

International Competitions are no stranger either to the UK with European and World Championships held throughout the world from Finland to the USA and Australia. What’s more the UK is exceptionally talented, with multiple gold medals and trophies over the years with the latest being from the 2015 Junior Worlds in Australia.

Maintenance in Gliding is just as important as in any other part of aviation, Gliders need Annual Checks and Services as well as defects fixed.

Though the more complex jobs are left to qualified professionals, pilots can receive training in order to do most of the light maintenance under supervision, saving time and money.
It’s also an informative experience worth it’s weight in gold on your CV, especially if you’re looking at going into an Engineering related discipline. It’s also a great way of giving back to your club, ensuring cheap flying rates for years to come.

Instructing
Instructors are a very important part of any gliding club. When you’re suitably qualified after some years of Gliding, Instructing can be highly rewarding, great fun, and is great way of putting something back into the sport and with funding available you can get a Instructor Rating for next to nothing compared to the equivalent in powered.

From introducing people to Gliding to sending someone solo and beyond, Instructing not only improves student flying, but your own.
A few Junior Pilots have even spent gap years working as gliding instructors in the UK and abroad!

Older gliders, mostly wood and canvas construction and pre 1965 are known as Vintage gliders. Despite some examples originating from the early part of the 20th century, these aren’t museum exhibits – the gliders are maintained in a fully airworthy condition and flown alongside any other type of glider. They are amazingly fun to fly with some being open top with the wind in your hair, full of character just like a classic car and very colourful compared to their more modern glass-fibre counterparts.

There is also a Gliding Heritage Centre at Lasham, the Largest Gliding Club in the UK which has been set up to preserve and restore a variety of historic types, some of which are the only existing examples in the world. The Centre offer the chance to join as a member, get involved with restoration projects as well as fly these beautiful aircraft.

Vintage gliding is also a significant element of the wider international gliding community and welcomes anyone, young and old who has an interest in preserving, flying or just being around historic gliders.

So whatever you want to make Gliding, it truly is a diverse sport with something for everything once you’ve got through the basic and advanced training to get your Licence/Bronze badge. My theory is, the further you get involved with Gliding, the more fun you have!