Belatedly perhaps, I have only just read Fate is the Hunter by Ernest K. Gann, widely regarded as one of the greatest books on aviation ever written. There have been a boat-load of good books written about aviation, so this is quite a reputation to have.

To my eyes, the amazing part of Gann’s memoir is actually not the incredible stories of early airline pilots: the pioneering routes in what are now considered classic aircraft, the willingness to cross oceans never flown over before and the risks taken to do so – risks which these days would be laughed at for their preposterousness. No, what struck me most of all were the similarities between the world Gann describes and the world of the modern airline pilot.

His experiences span the 1930’s, the Second World War and the 1950’s afterward, so you could be forgiven for thinking this was a ‘golden age’ of airline flying, far removed from the staggering familiarity with which most people now greet the experience of levitation. Yet much of Gann’s experience would still be relevant to today’s airline pilots: I had no idea how hard the 1930’s airline pilot worked! Multi-sector days, 85 hours a month, fully manual flight, in all weathers, in the depths of night. We complain now about 100 hours a month of fully automatic flight.

He describes carelessly, entries in his logbook detailing engine failures and hydraulic problems, which at that time, to him, were nothing to be concerned about. Today’s airline pilots continually practice controlling engine failures on their jets, and it is easy to question why we do this because engine failures are so rare. The casual nature of Gann’s description of these events provides a window back in time, to when commercial aviation was finding its feet and rules were being written. Our modern-day practice is, in large part, due to our predecessors’ very real requirement to practice engine failures.

Gann describes at length his pre-occupation with ‘the numbers’ – the airline seniority system in which one man’s fate may be determined over another’s. It’s a system which has nothing to do with either mens’ skills as pilots, or virtues as people. One number might be lucky, another might not. To Gann, the numbers being bad to you meant probable death, but they also represented less permanent changes in fortune. The numbers dictate your likelihood of promotion, or demotion, or of being fired. Today, nothing has changed.

Gann’s experiences span an incredible period of modern history, and are inspiring, awe-some, and humbling in equal measure. His perspective is not that of the victor; the pilot writing after a ‘high-flying’ career. In his way, he is himself the victim of a fate shared by so many who work in our business. He finds himself made redundant and forced to find work wherever he can. After thousands of hours in command, a million miles of ocean crossed and pioneering new routes around the world, he flies as co-pilot on a small aircraft hauling the freight nobody else wants to carry across the Pacific, at night.

Gann’s story therefore strikes a chord with any pilot, of any experience. He is a true flyer, bound to the sky in ways he cannot define. In attempting to do so in his book, he shows us that despite seventy years and a different world of speed and comfort, some things don’t ever change. 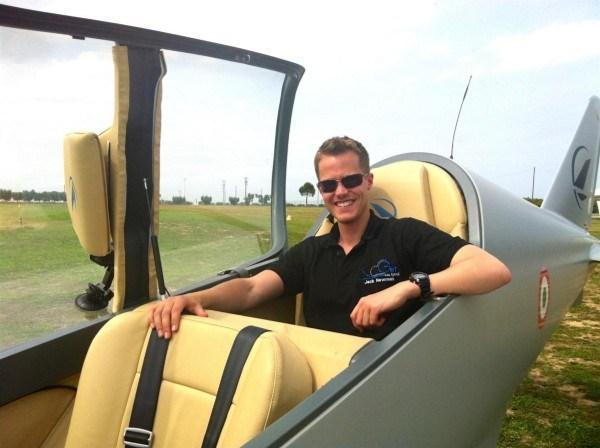 ‘Boldly going where nobody has gone before, NEBO Air are stress-testing commercial electric-powered flight in the UK. In the process, they might just be laying the foundations for the entire future of British General Aviation.’
Blog

In the current economic and healthcare crisis, Jack recalls his own difficult path to the cockpit, and considers whether the rewards of a career in aviation are worth the risk.